Even if the first season is not over yet, already ten thousands of people saw the show spectacle “Shadows of Darkness” on their visit at Movie Park Germany and witnessed the adventure of the vampire hunter Van Helsing. After countless enquiries regarding the music of the show, the team of IMAscore is very happy to announce the release of the official soundtrack CD. Since lately it’s available in the shops at Movie Park Germany and contains 13 tracks from the show, specially elaborated for the soundtrack CD..

Furthermore the recently released making of „The Sound of Shadows of Darkness“ offers an insight on the production and an exclusive look behind the scenes. The composers and sound designers Andreas Kübler and Sebastian Kübler, the author of the German dialogue book Xaver Willebrand, the director of the voice recordings Andi Krösing and also Jörg Kraft from Movie Park Germany and Mark Kadow from Mirage Entertainment talk about their work on this fantastic show, which entertains visitors day by day.

You can watch the making of on YouTube or directly on this page: 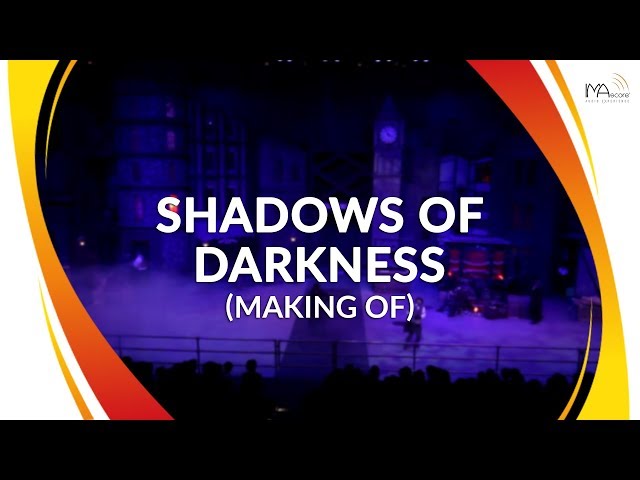